“… because everyone has talents!”

HANDS ON TALENTS is a German-Spanish encounter project for young people from Santa Coloma de Grament (Barcelona) and Heidelberg. The project has been organized by WERKstattSCHULEe.V. with the help of Asociación Mundus – Un Mundo a tus Pies, both partner organizations in OpportuNEETies. It happened in Heidelberg (Leutershausen) between the 16th and the 29th of July 2018. 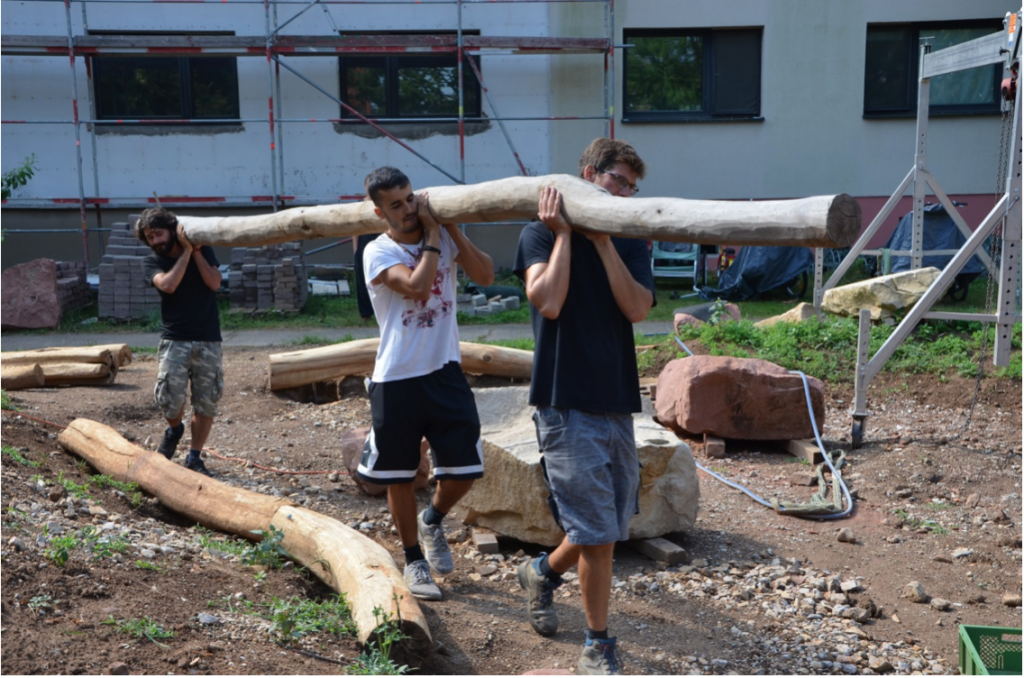 It focuses on the implementation of an independent practical manual-artistic project in each participating country in order to create an area of intercultural encounter in the respective urban quarters.

Young people with multiple kinds of problems who can barely or even not be reached any more by public procedures and who are currently taken care of by the respective institutions in both partnering countries are working together with craftsmen, artisans and artists from both countries. They are creating something lasting and meaningful – which added value to the community and their urban quarters.

Effected by their own active involvement and commitment the young people are able to learn more about their strengths and competences and therefore bundle these in order to reach the project goal. With the intercultural experience related to this project of practical education we strive to improve occupational perspectives, to support personality development and to expand the horizon of European experience in terms of mobility, language and occupational skills of the participating youth.

In the project “HANDS ON TALENTS II”, which took place between the 16th and the 29th of July 2018, 15 teenagers from Barcelona and 15 teenagers from Heidelberg, developed an open garden area in the self-organised resident projects Hagebutze and Konvisionär.

The house projects are located in an urban development area on a former military base in Heidelberg. The participants of the Spanish and the German group worked together in several different handcraft and art workshops. The youngsters could choose a workshop, in which they would be working for the whole project. The different workshops included Woodworking, Woodcarving, Paving & Landscaping and Cooking.

A path and a square were paved, sandstones were placed, a playing area for children was created, an outside stage was built and several robinia tree trunks were woodcarved and placed around the area. The kitchen team provided the participants great food and drinks throughout the project. Every team was supported by at least two workers from WERKstattSCHULE e.V. Every participant was instructed on how to use the tools and materials in a safe and professional way. 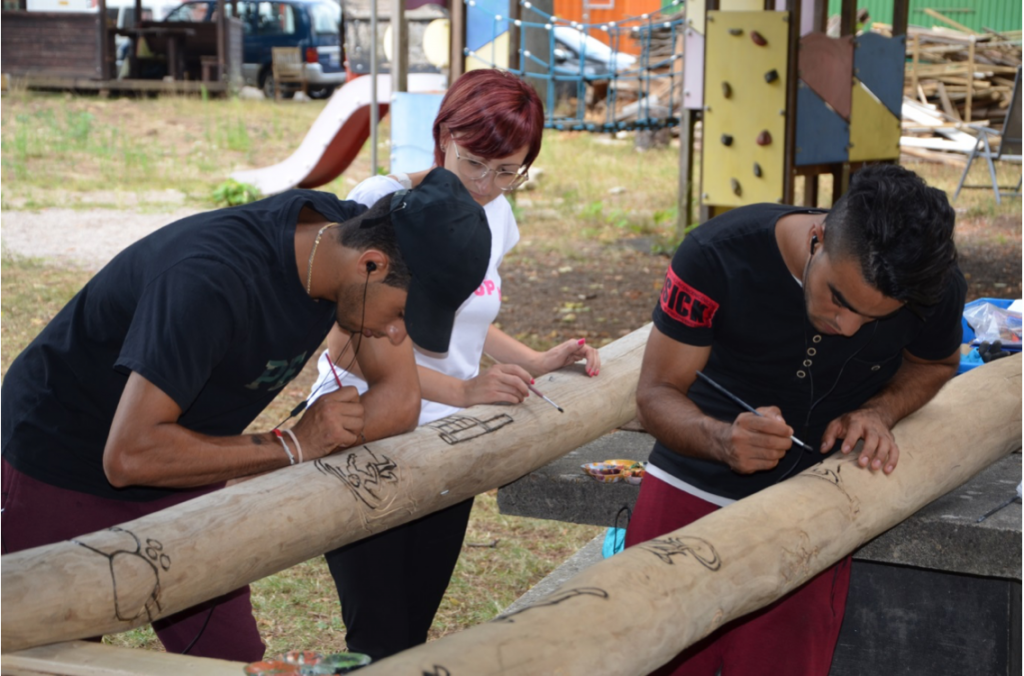 Every day started with a plenum, where the plan and the tasks for the day were discussed and organised. Any problems or wishes by the participants could also be addressed here.

After that some games or teambuilding activities took place and then the teams would meet and start to work. Lunch and dinner were prepared and served at the Hagebutze. Within the breaks there were different ways to spend the free time – participants could play football, table tennis, listen to music, or just relax in the shadow. Due to the high temperatures a sprinkler was installed and a water bomb battle took place twice.

Several social activities were organised as well, a trip to a swimming pool, a trip to a high rope course and an additional poetry slam workshop.At the end of the project, all the work was finished and everyone was tired but proud and happy. On the last evening the opening of the area was celebrated with a concert on the new outdoor stage and a party for all the participants and the residents of Hagebutze. 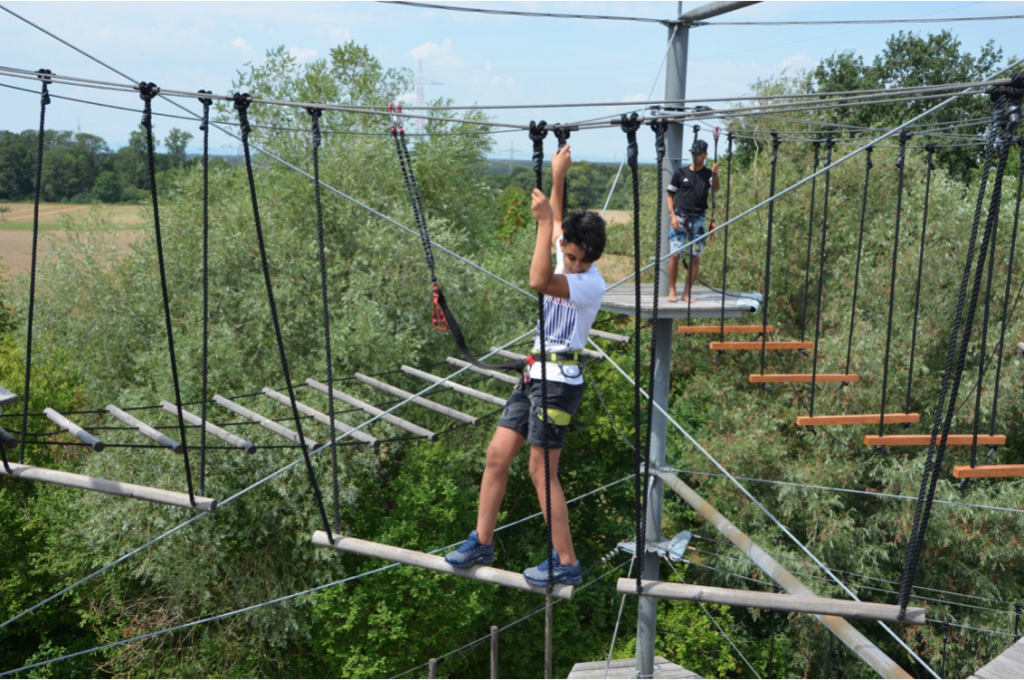