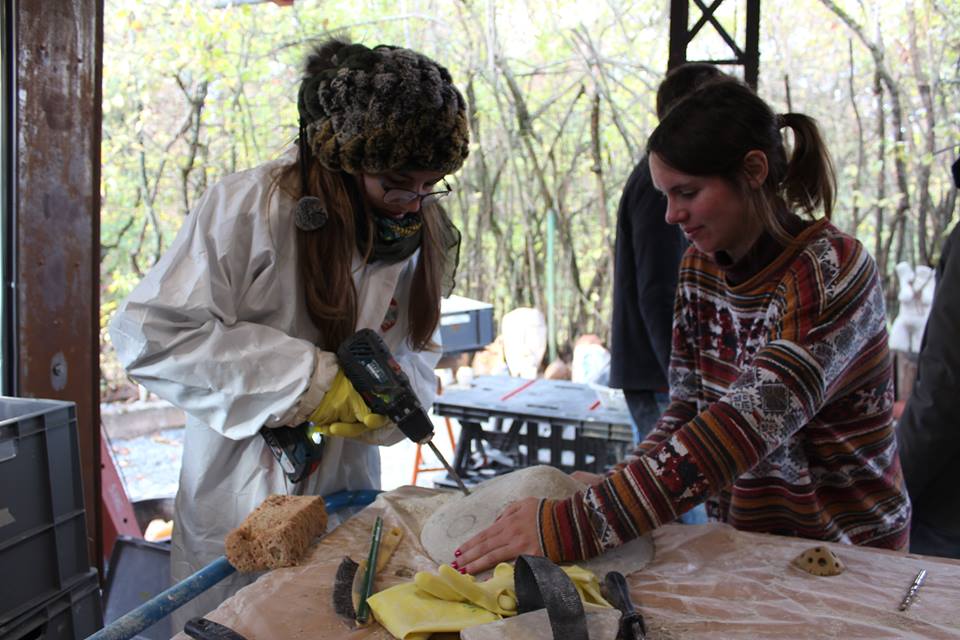 From the 28th of October to the 3rd of November 2018, 8 youngsters from Montpellier went to Heidelberg, in Germany, in the frame of project financed by the Franco-German youth office (OFAJ/DFJW). The Werkstattschule hosted them to realize a sculpture workshop.

First of all, the participants discovered the Werkstattschule Heidelberg with Jörg and Moni, who were supervising the workshop, as well as Joséphine, who was a French EVS volunteer hosted by the organization.

During the week, many activities were organized: the discovery of cultural areas such as the old city center of Heidelberg, its castle and the student’s prison.

The Werkstattschule was in renovation during the project. New places like a restaurant and a co-working area were under construction. It was decided that the participants would create lamps, in order to decorate the new rooms. Each participant built his own model in clay. Then, the real luminaires were built in concrete. Eight sculptures were created in the short allocated time.

Thanks to the participation of the European volunteers hosted by the Werkstattschule Heidelberg, this week was a permanent intercultural and inter-linguistic exchange. Participants discussed mainly in English but Joséphine also showed them with small exercises that the language barrier is not a problem and that it is possible to express themselves differently, and even with German words!

Participants all had a very good stay. They were impressed by the beauty of Heidelberg and by the German culture. Most of the participants was leaving France for the first time. Some of them would like to continue the adventure by trying to find a short term EVS project and all of them will continue to have an artistic practice.