SEMINAR-TRAINING 1 from 13th to 19th march 2017: «Continuity between formal and non-formal education in NEETs mobility»

Continuity between formal & non-formal education was the topic of the first seminar training in the strategic partnership. It took place in Heidelberg, Germany from the 13th to the 19thof March 2017 and was hosted byWERKstattSCHULE e.V. (WSS). The aim of the training was tolearn about formal&non-formal education based on different experiences from the countries involved in the project (France, Italy, Spain and Germany) and how non-formal projects could be implemented in order to find out and strengthen participants ́skills, abilities & talents. WERKstattSCHULE e.V. wanted to share its approach of practical learning, so participants could develop own (handcraft) project ideas in the field of non-formal education (within the frame work of formal education). WSS also tried to provide them with best practices and common pitfalls in such projects. 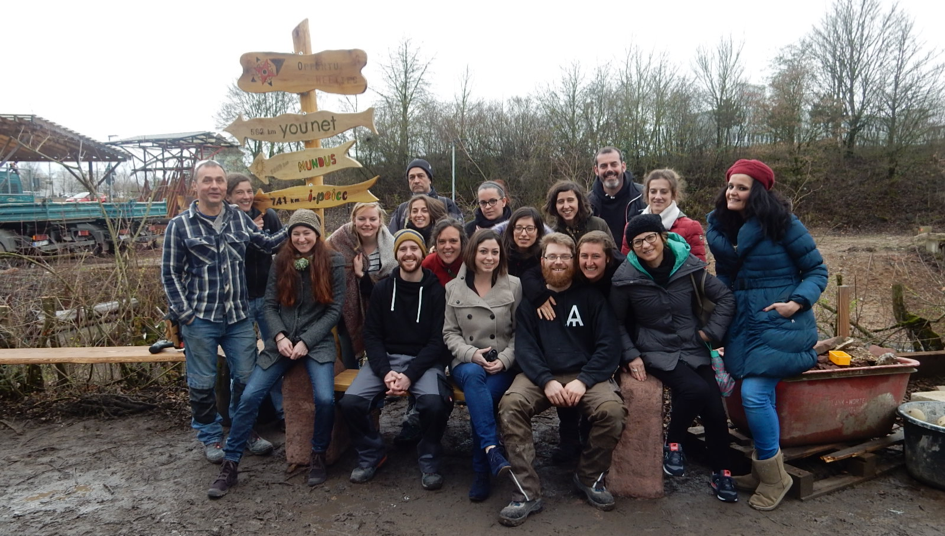 To increase teambuilding, every day started with some games and energizers and at the beginning of the trainingeverybody had time to present him/her and the sending organisation. The group was often split in smaller groups for discussions and each group presented their results, which then were put together. In a workshop with Fadja Ehlail we discussed and tried out different ways of enabling participants to become more proactive, creative and interested in new fields of work. We also learned about our own “inner drivers” and about our own obstacles in working with NEETs.

A field trip gave the participants the possibility to explore successful projects in Heidelberg. It took place onThursday 16th, March 2017 in Sinsheim. We visited the Carl-OrffSchule, which is a „SonderpädagogischesBildungs-und Beratungszentrum“ (A special education and counselingcenter), a school where most of the students have learning disabilities and / or social disadvantages. We spoke to the headmaster and talked about different approaches in Germany and the other countries to deal with these pupils in the formal education system. Participants also had the possibility to see two employees of WSS working with the students in the schoolyard. The biggest part of the training was a simplified handcraft project as it is typically run by WSS. These projects are usually implemented in the field of non-formal education, but take place within a framework of formal education, mostly in schools in and around Heidelberg. Normally they last between one and three weeks, but WSS prepared everything so that the group skipped the planning process and started working right away. There were four groups, every group lead by a professional from WSS. Altogether they build a seating furniture for an outside area. They used materials such as red sandstone, robinia and Douglas fir. They learned about the techniques and tools required in the work fields of stonemasonry, wood carving and joinery. One group also did a short video documentary about the project and the seminar training. 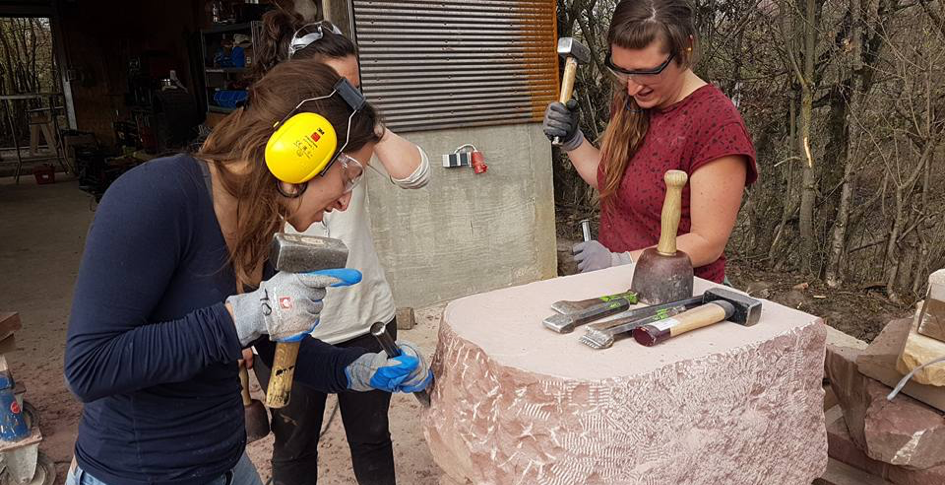 Stonemasonry in the non-formal handcraft project

A cooking course was part of the training, because preparing and enjoying a meal together helps creating a group. It took place inMannhein at a place called “ImJuli” (a restaurantthatis run by a chef whoalso works with WSS on some school projects). A welcoming & closing dinner were organised by WSS (but the group decided to have all the other dinners together as well). Of course there was also a bit of free time to explore Heidelberg and its many beautiful sights.